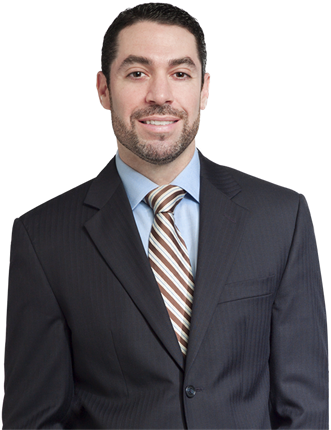 In the summers after his first and second years of law school, Tony worked as a summer associate at two large nationally recognized law firms in Miami, Florida. Following graduation from law school, Tony worked as an associate in the litigation and trial practice of one of these firms where he gained extensive experience in complex commercial litigation.

After several years in practice at this prominent firm, and pursuing his long held desire to help those who have suffered from the negligence, recklessness or otherwise wrongful actions or decisions of third parties, Tony founded Mesa Law Firm. Tony now focuses his time on protecting those who have been victimized by serious injuries.

Tony understands that personal injury cases are unique from any other type of legal case because of the very serious and different way that they impact and affect the injured victim's life, often forever. It is for this reason that Tony founded Mesa Law Firm on the principle of professionalism with compassion: passionate and skillful legal representation of injured victims with the personal touch they deserve.

Tony has been selected for inclusion as a “Rising Star” by Florida Super Lawyers from 2011 – 2016. No more than 2.5% of lawyers in Florida are named to this list. He has also been selected for inclusion as a Florida Legal Elite by Florida Trend Magazine from 2010 – 2016 (as an “Up & Comer” from 2010 – 2013 and as a “Legal Elite” from 2014 – 2016). Further, Tony is rated “AV Preeminent” by the prestigious publication Martindale-Hubbell, the highest rating available for legal ability and professional ethics. He also has a “Superb” rating (10 out of 10) by Avvo and was awarded the Avvo Clients' Choice.

Tony has always placed great importance on supporting his community and dedicating his time to worthy causes. From his service in the Young Leader’s program as well as the Board of Trustees for the United Way to his pro bono legal work for Habitat for Humanity and his service on the Board of Directors for a public charter school and a non-profit Foundation, community involvement and giving back to others have always been a priority in Tony’s professional mission. As a result, they are a central part of Mesa Law Firm.

Sadly, often after someone suffers a serious injury due to a third party's negligence, a fight ensues between the injured victim and everyone else on the side of the negligent third party, including the third party's insurance company and its investigators and doctors, in which the latter deny or attempt to minimize any recovery by the injured victim. Mesa Law Firm's mission is to make this fight a fair one.